Today I got a nice postcard from the USA! The postcard shows an illustrated map of the state of Indiana, also known as the Hooiser State. Indiana is a state located in in the Midwestern region of the country. It is the 16th most populous state, with a population of about 6,500,000 people. Its capital and largest city is Indianapolis and it was admitted to the Union on December 11, 1816. The card was postmarked in Indianapolis. Thanks Jaelen! 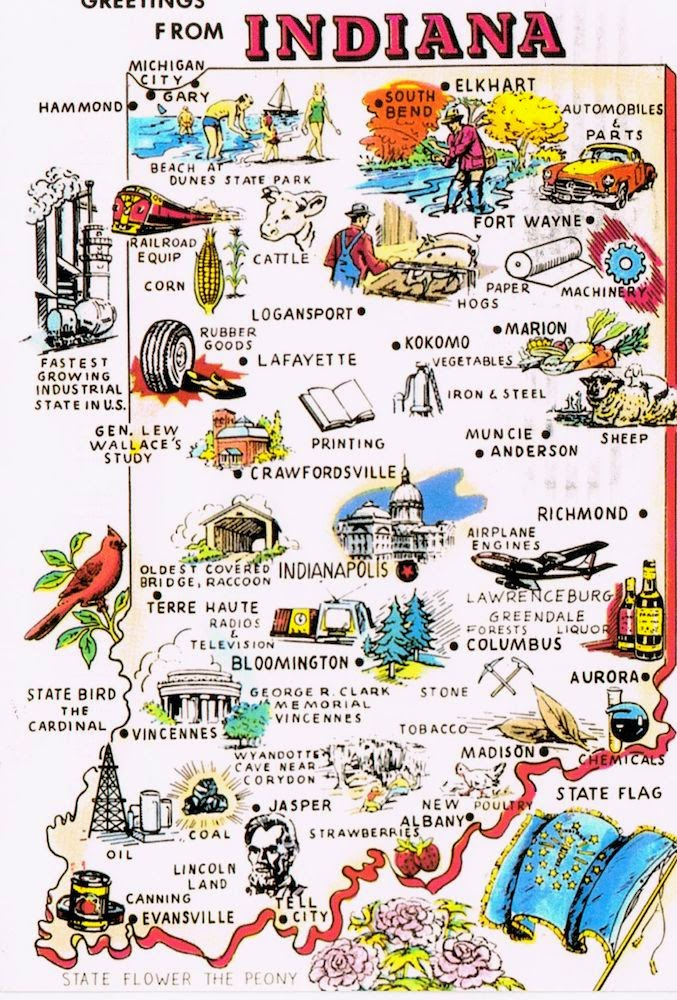