Today I got a nice postcard from the USA! The card shows a view from the bleachers of Cowboys Stadium in Texas. The Cowboys Stadium is a domed stadium with a retractable roof located in Arlington. It is the stadium of the Dallas Cowboys, a popular team of the National Football League (NFL). It has a capacity of 80,000 people. Several nice older stamps were used, including one commemorating the New York Stock Exchange and one commemorating the Bicentennial of the District of Columbia. Thanks Susan! 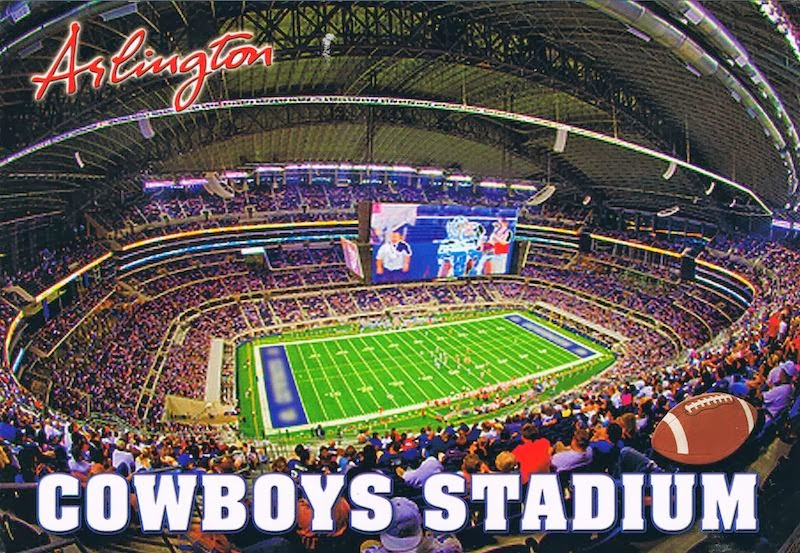