Today I got a nice postcard from the USA! The postcard shows a view of Nashville, the capital city of the state of Tennessee. Located on the Cumberland River, it is also known as the capital of the music industry and is sometimes referred to as the "Music City" by people. It has a population of about 630,000 people and was founded in 1779. It got its name from Francis Nash, an American Revolutionary War hero. The card was postmarked in Nashville, TN.  Thanks Benita! 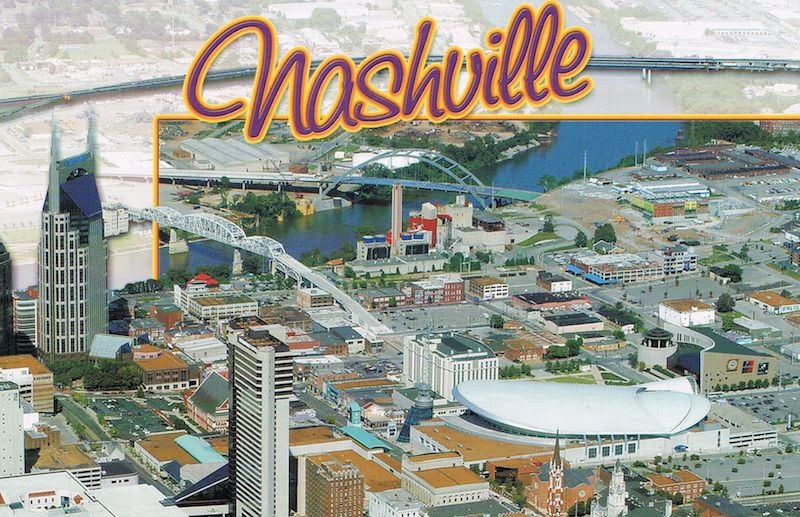