Today I got a nice postcard from Swaziland! The postcard features multiple scenes of the Reed Dance Ceremony, which takes place every year. In the event, which lasts for eight days, girls cut reeds which are then presented to the queen mother. They then dance and only childless, unmarried girls are allowed to join. Swaziland, officially known as the Kingdom of Swaziland, is one of the smallest countries in Africa. It has a population of about 1,200,000 people and is known for its cultural events. The country is headed by King Mswati III. Thanks Selby! 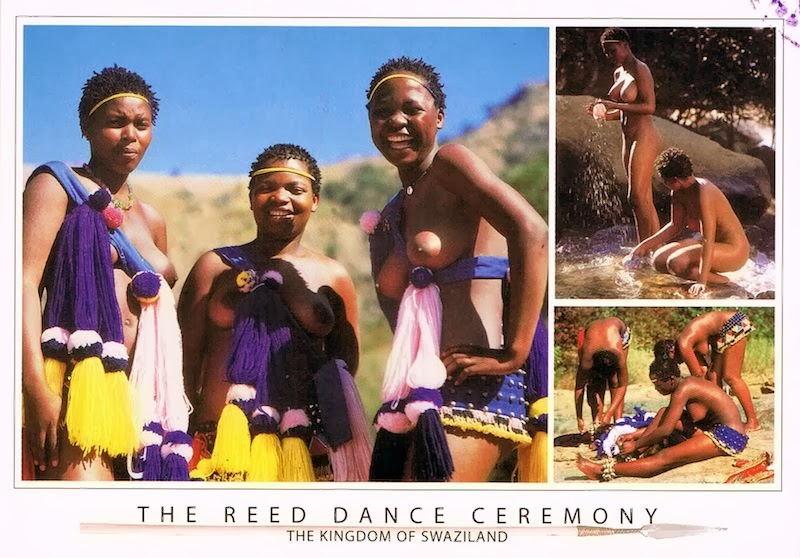