Today I got a nice postcard from Russia! The postcard, issued as a part of the Weapons of Victory series, features the Tokarev (SVT-40, 1940) self-loading rifle. Its weight is 3.85 kilograms and it has a firing speed of 25 shots per minute. It uses a 10-round box magazine that is detachable. Used was a beautiful 2013 stamp issued to commemorate the 135th anniversary of the End of the Russo-Turkish War of 1877-1878. It was issued jointly with Bulgaria on March 5, 2013. Thanks Alyona! 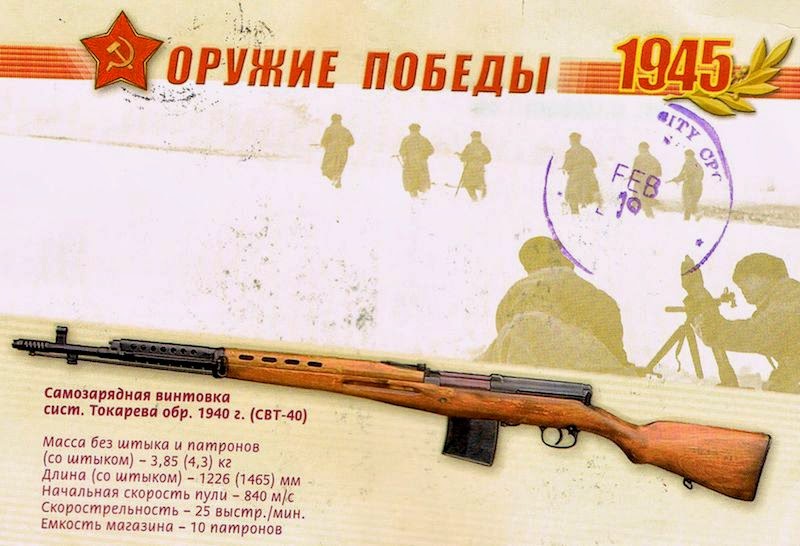 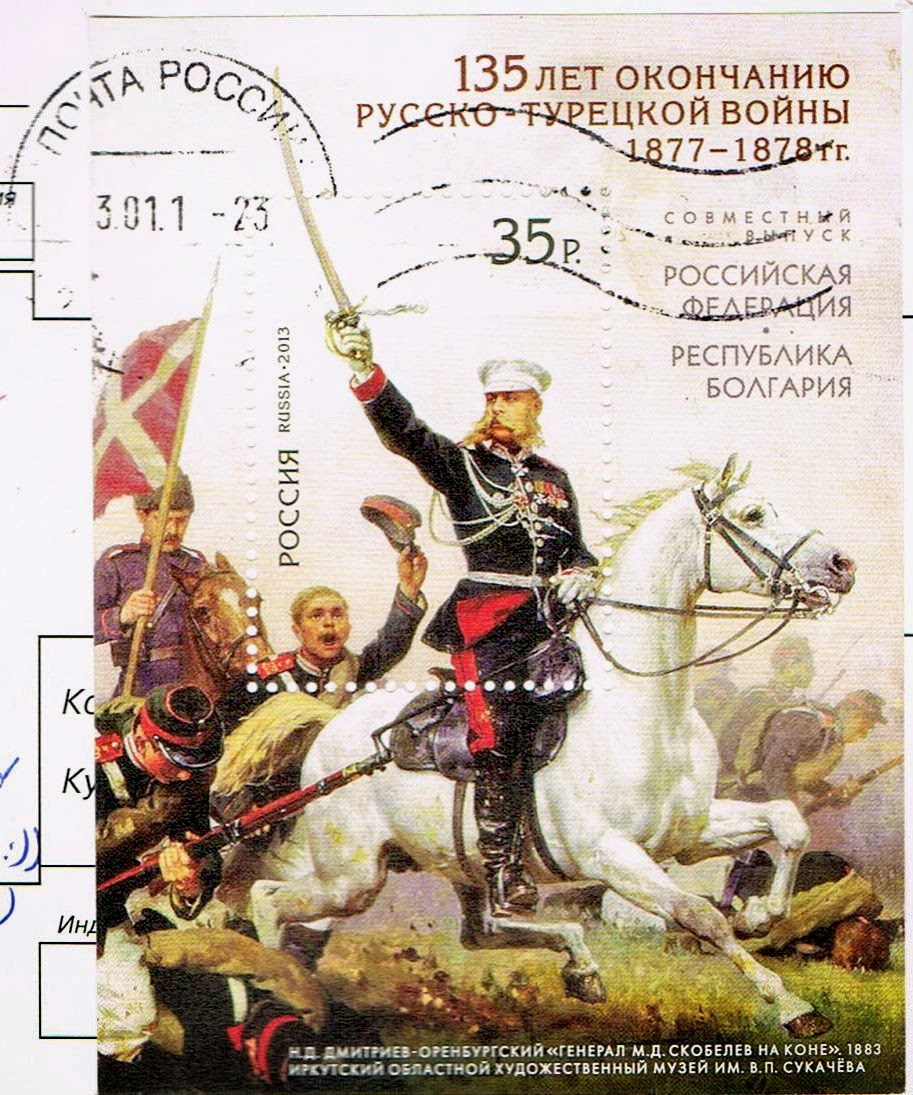