Postcard from the Dominican Republic!

Today I got a beautiful postcard from the Dominican Republic! The postcard shows an illustrated map of the country and some scenes along its coast. The Dominican Republic is a country on the eastern side of the island of Hispaniola in the Caribbean. It is bordered in the west by the country of Haiti. It is the second largest and second most populous country in the Caribbean next to Cuba. It has a population of about 10,000,000 people. Its capital is Santo Domingo and the official language is Spanish. It is the most visited Caribbean country and some of its popular attractions are its pristine beaches and golf courses. Thanks Idrialis! 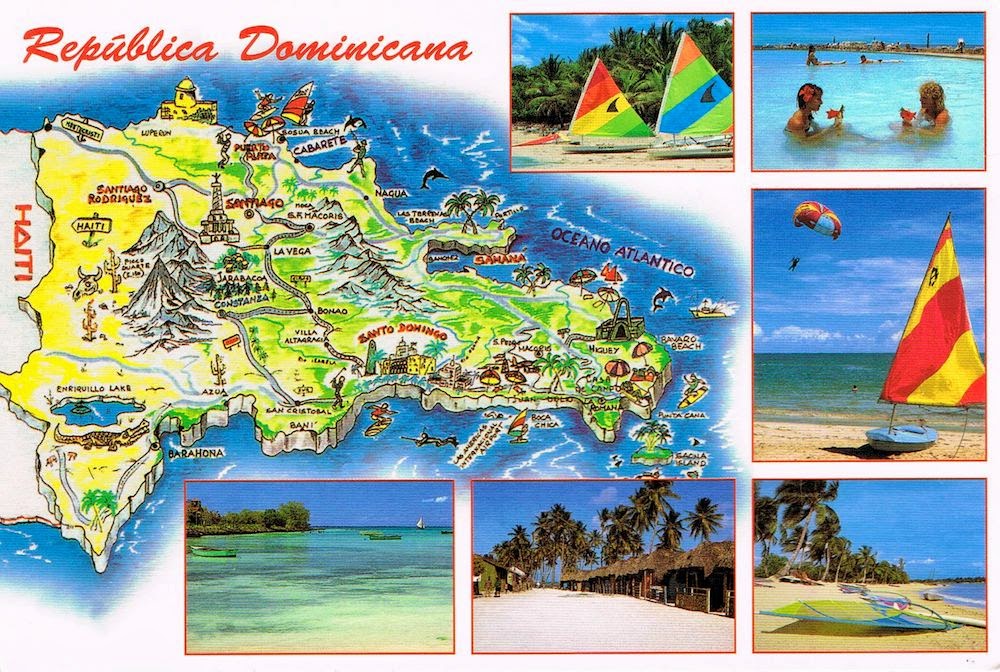