Cover & Postcards from the USA!

Today I got a nice cover with two nice postcards from the USA! The first postcard shows a jazz band playing at Preservation Hall. New Orleans, which is located in the state of Louisiana, is considered to be the birthplace of jazz and the finest in traditional New Orleans jazz perform at this hall. The second postcard shows an illustrated map of the state of Maine, which is located in the upper Northeastern part of the United States. Maine is known as the "Pine Tree State" and its capital city is Augusta. It has a population of about 1,300,000 people and the state flower is the Pine Cone. It is the 23rd state to be admitted to the Union. Thanks Kelly! 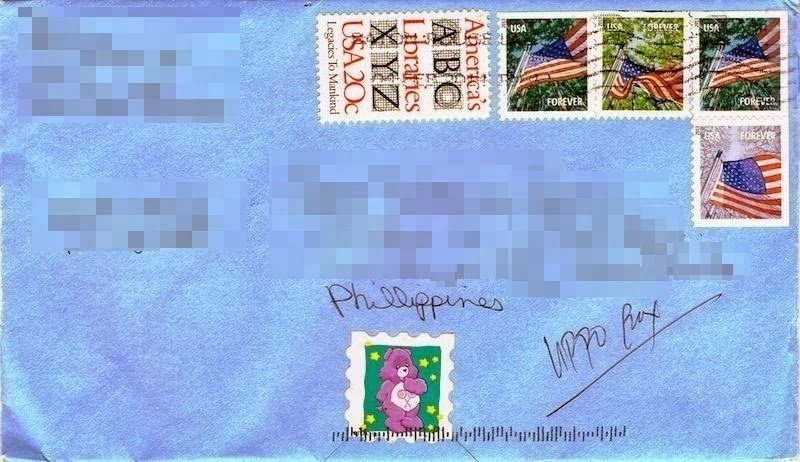 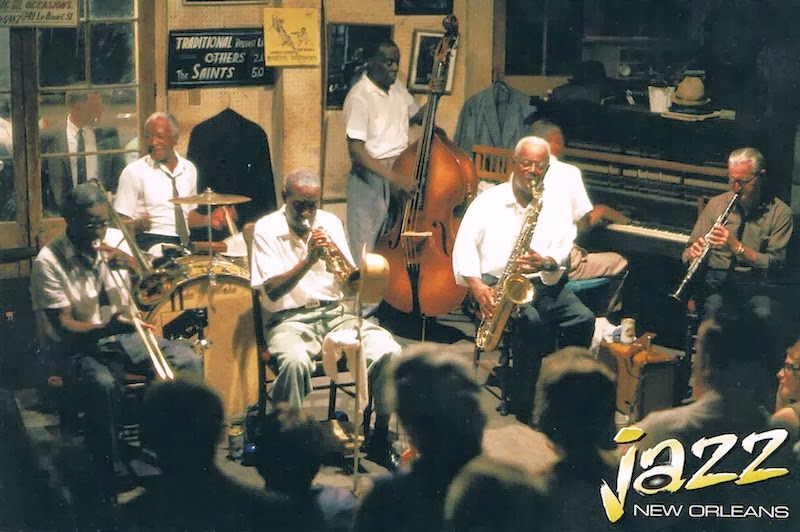 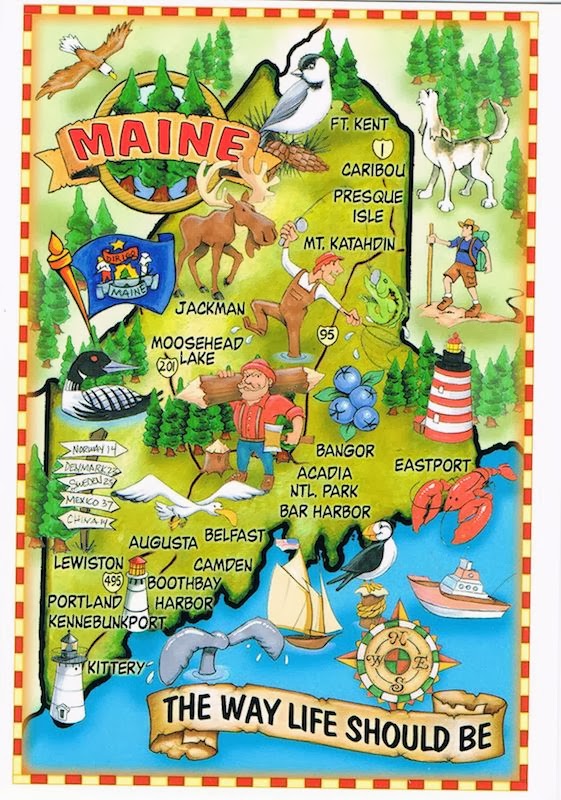