Today I got a nice postcard from Finland! The card shows an aerial view of the Helsinki Olympic Stadium, which is located in the Töölö district. It was originally opened in 1938 and was built for the 1940 Summer Olympics. It was most noted, however, for the 1952 Summer Olympics. It is the biggest stadium in Finland and is used to host big sporting events and concerts. The card is an official Postcrossing card, FI-1997188. Thanks Marja! 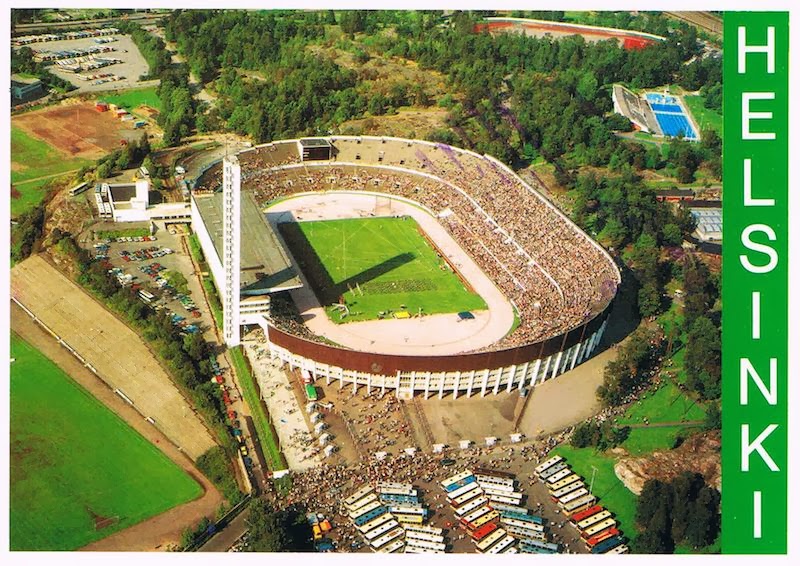