Today I received a nice postcard from Australia! The postcard matches the stamp that was used, which is a stamp commemorating the 2014 Year of the Horse. The stamp was issued by Christmas Island, an Australian Indian Ocean territory. The island has a population of 2072 people and 70% of them are Chinese. The Chinese community in Australia is the largest in Oceania and represents 40% of all Asian Australians. The card is an official Postcrossing card, AU-333820. Thanks Don! 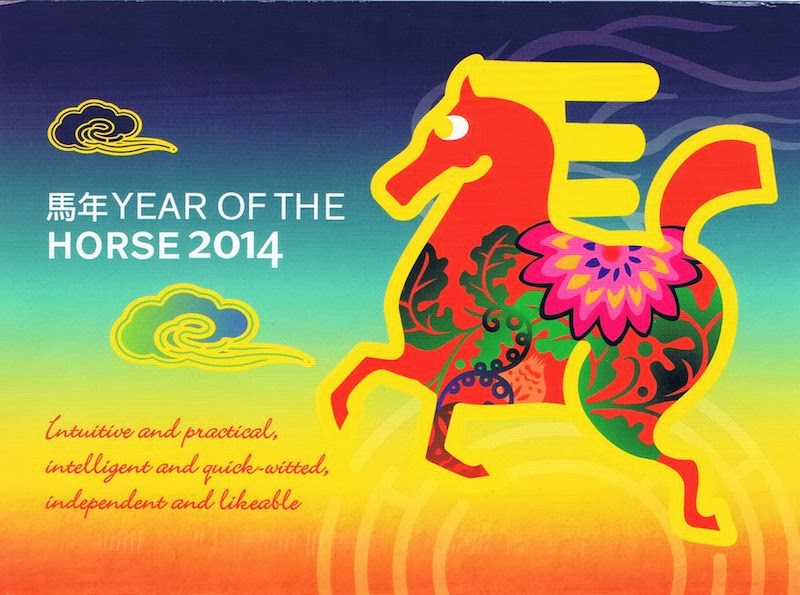 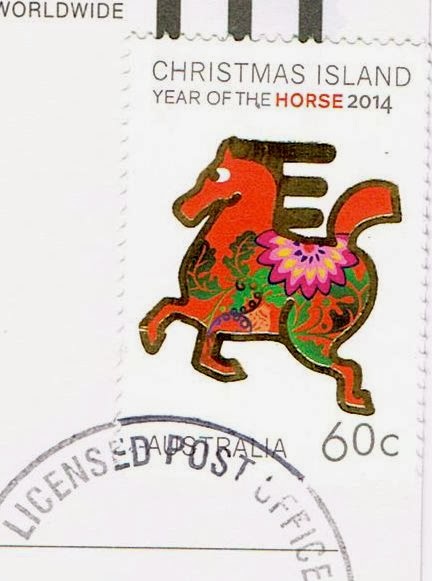