Today I got a beautiful maxicard from Australia! The card features the stamp commemorating the First Fleet Arrival on January 1788. After eight weeks at sea, the First Fleet arrived at Botany Bay. Seeing how unsuitable the area was for settlement, they went to Port Jackson, where they then anchored. The British flag was raised on its shore and a toast was made to the King. On this day, the colony of New South Wales was founded, effectively creating the Australian nation. Australia Day is celebrated on the anniversary of this ceremony. On the stamp and card, we see marines being ferried to the shore from the Supply.Thanks Christy! 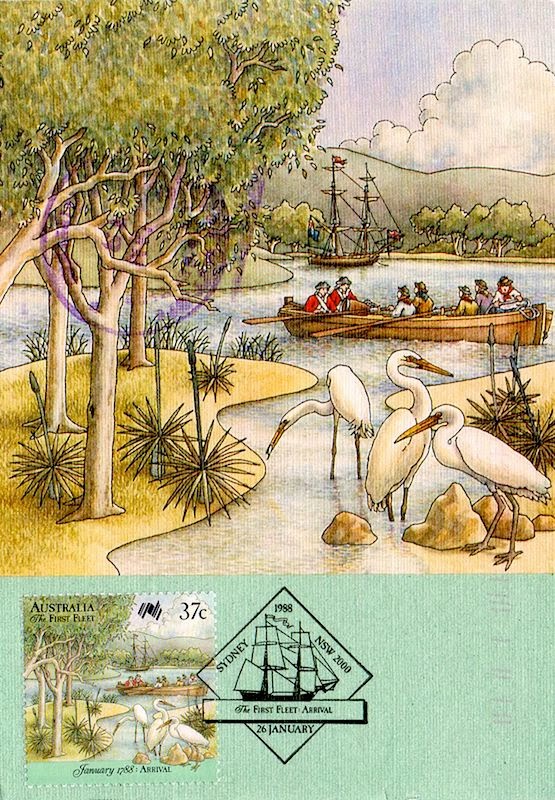