Cover, Postcards, and Currency from Moldova!

Today I got a nice cover with a lot of items inside from Moldova! Included were two nice postcards. The first postcard features a Moldovan man and woman in traditional clothing serving traditional meals. The second postcard shows a night view of Chișinău, the country's largest and capital city. Also included were Moldovan currency. The Moldovan leu is the country's currency and it shares the same name with Romania's currency. Leu is translated as "lion." Four coins were sent with a 1 leu banknote. Thanks Nastia! 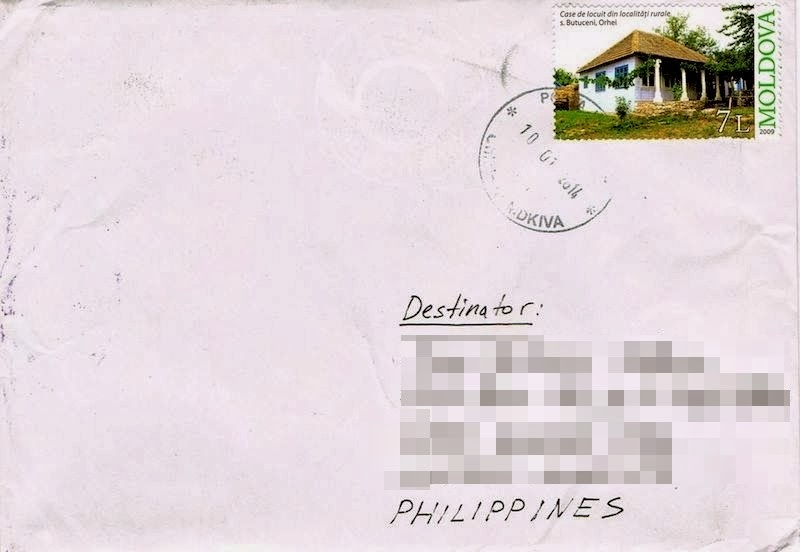 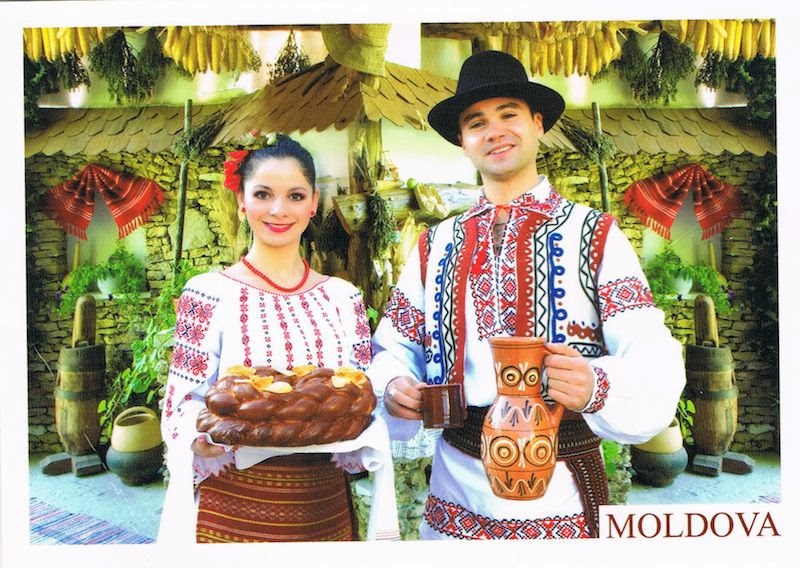 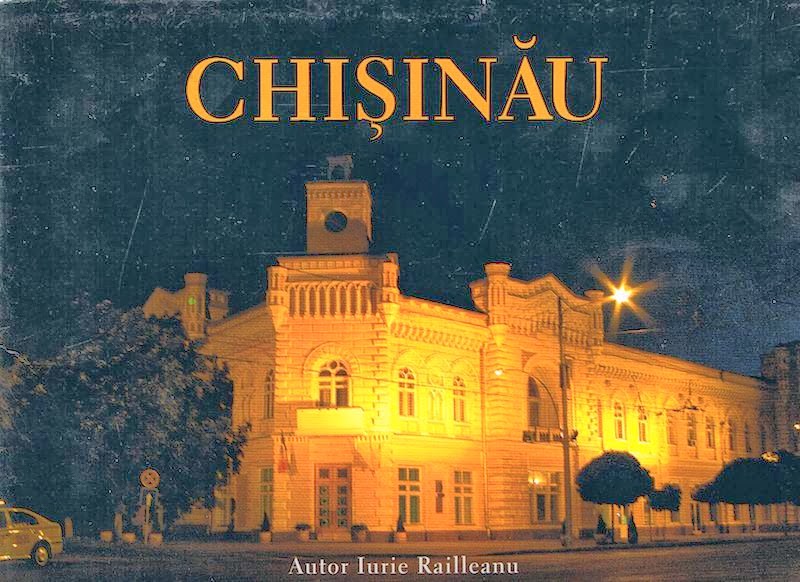 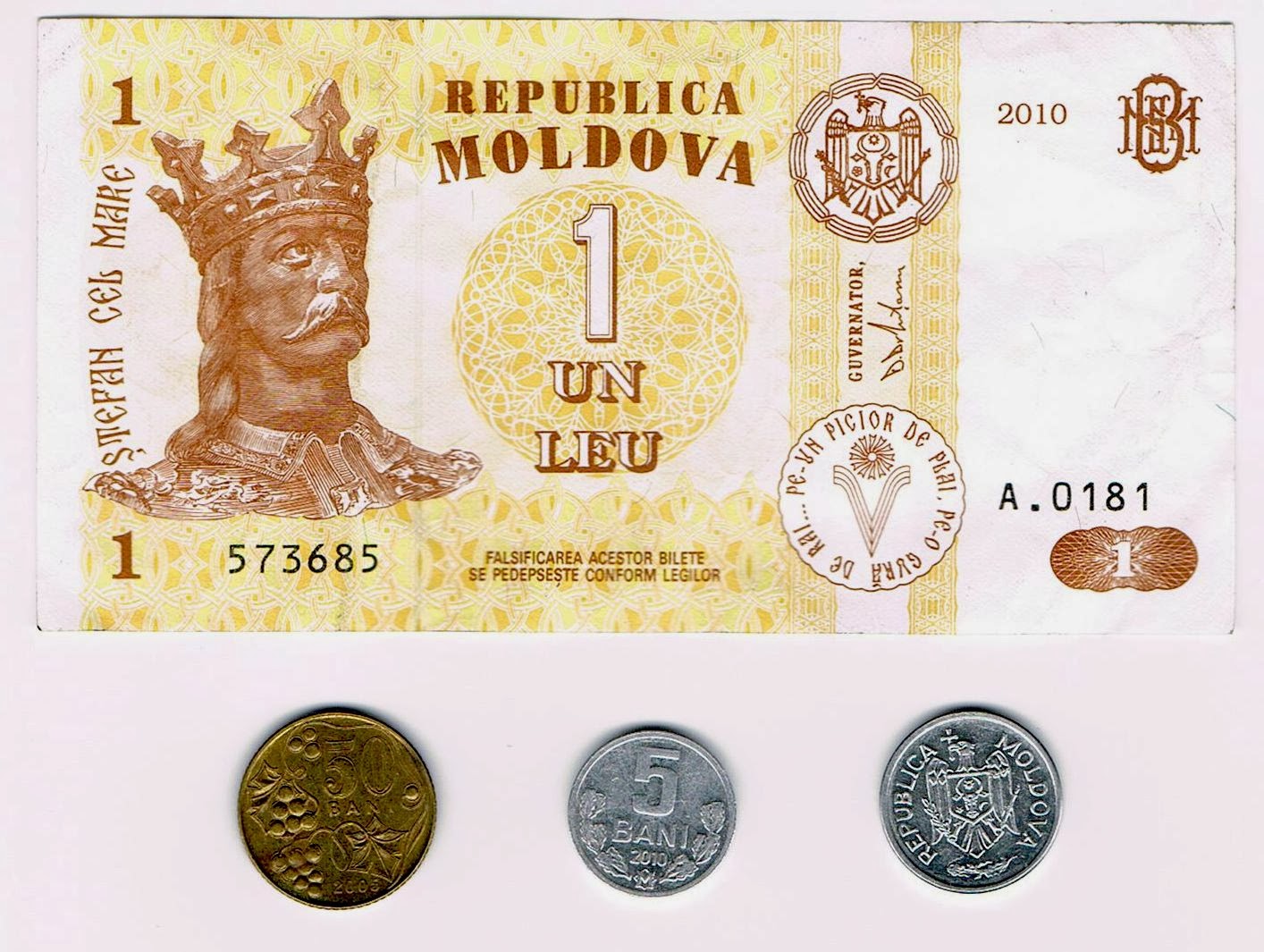