Today I got a card from North Korea! North Korea, officially called the Democratic People's Republic of Korea, is a country on the northern part of the Korean Peninsula, bordered by China and Russia to the north. It is considered the world's most militarized country and also the world's most isolated country, due to its ongoing disputes with several countries. Its capital is Pyongyang, where this card was sent from and it has a population of about 24,500,000 people. The current Supreme Leader is Kim Jong-un. The card shows an illustration of a soldier with the country's flag in the background. The stamp used has the country's flag and it was postmarked in Pyongyang. 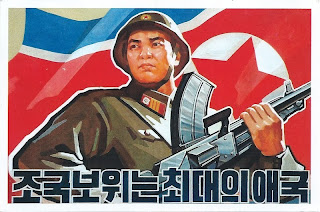 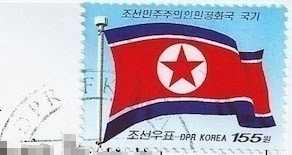